Batman and Godzilla. These are two characters I never expected to see together, but in Batman vs Godzilla, we do and, so far, so good. I never expected a story with such a serious, grim character like Batman battling a massive, fearsome one like Godzilla to work, but surprisingly, it does.

A lot of the reason for this might be because of the version of Batman they use. Instead of going for the grimmer, more serious Dark Knight, Elliott very wisely uses the kookier, offbeat Adam West version, paired with Burt Ward's Boy Wonder. This particular iteration of the Dark Knight fits a lot better with such an offbeat concept.

In this issue, you get a lot less Godzilla than you might expect, but I appreciate Elliott and co not rushing his introduction. Even before the King of the Monsters enters the frame, the Duo's got more than enough to keep them busy, between hidden assassins, the Weather Prophet and his threat to destroy Japan. Honestly, his plan doesn't make much sense, as he threatens to destroy Japan if he isn't made Emperor of Japan, but if he destroys it, he won't have anything to rule.

I've gotta praise the writers for their choice of villain. I never expected to see them here, but was very pleasantly surprised that they were. When it comes to the art, I think Cubero's could be better. At times, it's a bit brighter than I'd like, with the characters drawn more simply than in later pages, like Miller's, which has a more unique style.

This is definitely evident in an early fight scene with the Dynamic Duo, which is packed with energy, greater detail and the classic POW, WHACK and KACHOOM that I loved in the TV show. The issue's also a decent amount of the classic Robin one-liners, like 'Holy Masses!' and 'Holy Jolly Giants Batman', which I really love.

Overall, despite a couple flaws, the issue's well worth a read, especially for another classic West style Batman adventure. I think there'll be more Godzilla next issue and I'll be intrigued to see how that part of the story works. Definitely recommend it.
at February 28, 2020

Adaptations: Knowing What to Change

Adaptations Knowing What to Change When it comes to adaptations, it can be hard to get the balance right between them being loyal to the s... 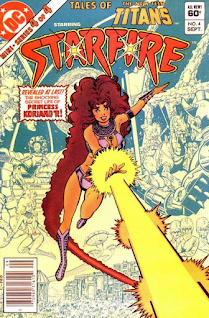